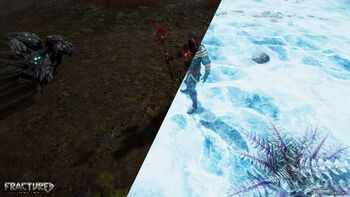 Temperature is a new feature introduced in spring 2022. With this feature players need to adapt to the game’s ever-changing landscape at a moment’s notice. The temperature depends on 3 main factors:

Different biomes come with many unique features, including different temperature ranges. A biome’s temperature range is defined by a temperature/time curve that dictates the temperature variation of a biome during the day/night cycle. The combination of biome and time of day defines its base temperature at any given time, which can then be altered further by different weather events, either in a positive or negative direction, depending on the event.

Temperatures aren’t implemented just to add a bit of spice to Fractured Online, but instead, they can influence the gameplay. More or less extreme temperatures may force the player to prepare differently before venturing into the world.

Different character races have different tolerance thresholds to temperatures, which can be further modified by worn equipment, abilities, and potions (potions will be added once alchemy is introduced in a future update). 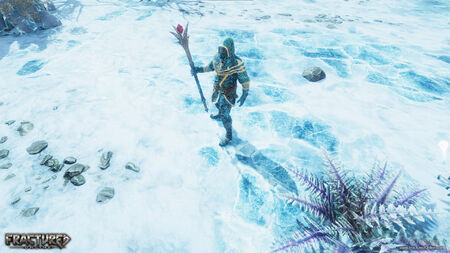 To briefly explain the system, we will consider what happens when the temperature gets too cold and how it can be prevented.

Let’s give an example:

Finally, Chilled and Warm status effects are not exclusive to the temperature system. They can also be triggered by other outside influences, like player spells, and are countered by each other (chilled counters warm and vice-versa). Variations in the amount of Chilled and Warm stacks caused by external factors happen normally and are not influenced by the world temperature.

Returning to the example above: 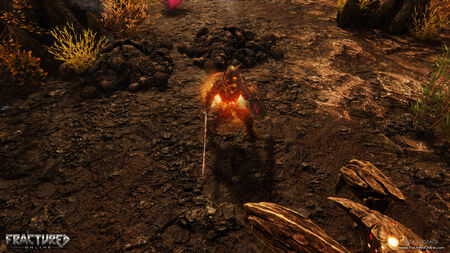 It’s worth noting that Chilled and Warm stacks gained due to the temperature are added on a much slower pace than stacks gained from spells (1 stack every 10 seconds, as stated above). Spells always add 10+ stacks of either effect per hit and each stack decays in 0.1 seconds. This means that in extreme situations, a player may decide to hit himself with Fire or Ice based spells periodically to counter extreme temperatures.

A more orthodox way to counter extreme temperatures would be to wear adequate equipment. Most pieces of equipment come with a couple of special properties called “Heat Insulation” and “Cold Insulation”. Each property increases the player’s tolerance towards extremely hot and cold environments additively (NOTE: properties may also decrease tolerance if they are negative).

The table below shows an example of the effects of different pieces of armor to the base temperature tolerances of a player:

Some crafting materials also come with Heat and Cold Insulation properties, which are directly added to the final piece of equipment base values crafted with them.

Potions that alter your temperature tolerances will also be added in the future.

In Fractured Online, the weather is determined by a dynamic system of circular clouds that can spawn in different zones within a continent.

Each cloud has its own life cycle: first it grows, gradually darkening the sun, then if it has a precipitation event assigned, it starts precipitating (rain, hail, snow, etc..) and gradually shrinking in size, and finally, as it reaches a smaller pre-determined size, it stops precipitating and starts dissipating completely.

Each cloud determines a specific weather event, and during its lifetime it determines the precipitation particle type, the wind intensity and turbulence, other special effects like lightning, and the temperature variation.

Each cloud, as stated above, is circular, and affects anyone within its range, which means that it’s possible for a player to enter a cloud while venturing in the world. Weather events in Fractured are not continent-based, but location-based!

All the effects of a cloud are interpolated depending on the distance from the center of the cloud. That means everything will be more intense in the middle and less intense at the borders of the cloud so that players will experience a gradual variation of the weather while entering a cloud zone.

Although quite rare, two or more clouds could potentially overlap, in which case the player will experience a mix of the effects from both clouds, weighted depending on the intensity of each cloud in that specific position and normalized between the two.

Each continent has different pre-determined weather zones with each zone offering a different setup. This determines the chance of a cloud to spawn within is range, the maximum number of clouds existing at once, the size of the clouds, and the type of clouds.

Note that not every cloud reaches its highest intensity. For example: a small Storm cloud may only result in a Rain event during its entire life cycle.