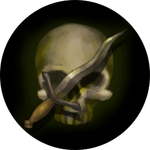 The school of Assassination includes a set of deadly, silent combat techniques used by murderers' to quickly kill or debilitate their targets.

Users of Assassination abilities usually fight with light weapons such as claws, daggers and short swords, and wear light equipment to approach their targets stealthily. Due to their vulnerability, they rely on dexterity to dodge incoming attacks and move around opponents, disorienting them and catching them off guard. Stepping unnoticed and killing the target without the latter perceiving the danger is crucial for a skilled assassin, who can also rely on poisons and traps to debilitate unaware victims before they can react.

The power of most abilities belonging to this school depends on the Dexterity and Perception of the assassin.